Complete guide to get job as dot net developer 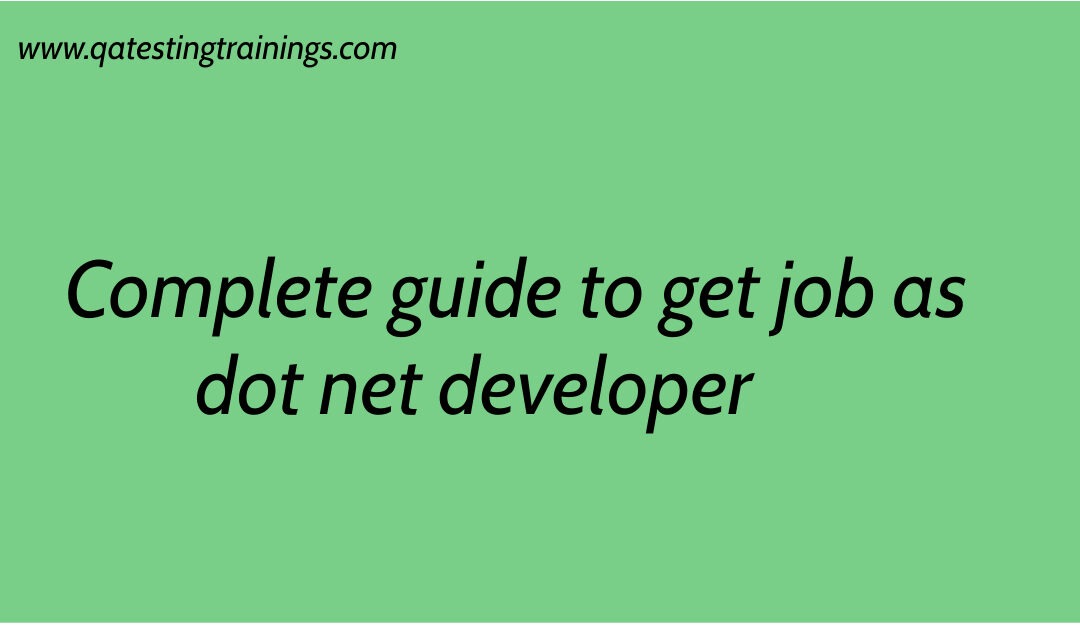 Dot net is an open-source development framework and also it is highly compatible to work with multiple platforms, libraries, and languages. With the help of dot net, you are able to build applications that span a range of the operating system, including IOS and Android along with Windows for macOS and Linux. To manage the windows applications, it was developed by Microsoft and it is available on GitHub. Mainly dot Net is highly adaptable and it is used by the growing developers. Dot net is not along with a language but it is a kind of framework.

The dot net is encompassed by multiple languages, libraries, and platforms. Many business enterprises are using Dot net framework. Despite user-preferred platforms, the dot net has the capabilities to develop tools and maintain integrity. Android build applications can be the same for IOS and the same is applicable for MacOS. Some of the biggest organizations are using dot net solutions. Dot net gives organizations quicker developments and faster iterations it shows the dot net platforms are scalable and flexible.

The dot net frameworks can handle server-side programming for desktop applications or mobile applications. This shows the business you allocate the service side employees need to handle a large amount of data and pivot quickly. For several organizations, the dot net is the perfect execution of an enterprise solution.

The role of a .Net developer

Dot net allows the developers to build applications, software, and online software. One of the top solutions for windows which serve both on local networks and in the cloud is the dot net. The work of the dot net developers is to develop and execute appropriate application programs along with the programming languages, frameworks, technologies, and tools which are directly or indirectly merged with the collective term dot net. Most of the developers in this field are posted under the system and software houses or in telecommunication and information technology companies. These frameworks are helpful in many IT companies.

The person who works as a dot net developer or dot net engineer will also take part in dot net application programs and gives support on the first and second level and also takes over software management projects. They can take part in bug detection to completely build a new one from scratch. If you want to know more things about the dot net, then join the dot net online course and enrich your skillset.

What tasks does a .Net developer have?

Skills required for the .net

While you enrol for dot net developers you need to be aware of dealing with code structure and system designs. You should have experience with one dot net language such as VB.Net, C#, and F#. In the dot net development filed libraries and dot net stack are becoming very popular. If you want to be a dot net developer then get a master in these skills. These skill sets help the developers to build fast and secure web applications.

A dot net developer needs to show interest in organizational testing, theoretical abstract, and commercial organizational activities. Along with these, one has to work independently, be flexible, be creative, and always be willing to learn new things.

Dot net has a larger number of predefined libraries that manages complex and simple data structure. The dot net plays a role in the leverage of hundreds of developers and places the code in the programs. For security, encryption, and databases access the dot net has specific libraries.

The main tools for building websites in the dot net frameworks are the ASP. NET and websites with CSS, HTML, java scripts, and server scripting. To write ASP dot net programming any dot net languages can be used.

Choice of many companies

The above-mentioned details show the importance of dot net programming. If you want to update yourself in your career then start learning dot net languages.