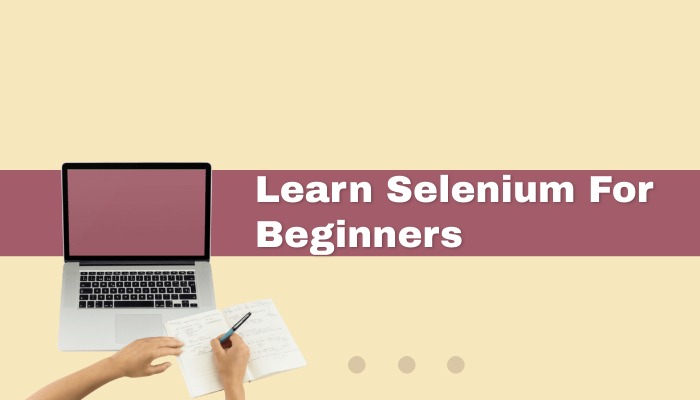 In the vast realm of programming languages, there are many concepts, tools and operations that you may not have heard of that programmers and coders use extensively to make coding easier and to make the programs work for them. Programmers work day and night working on and developing software and applications that we will be using almost 90% of the time we are online. One such tool that helps programmers organise, manipulate, modify and develop a set of software, particularly web browsers, is commonly called Selenium. In this article, we will help you learn Selenium, the concepts around it and what it can offer the coder and the end viewer. To begin with, let us look at what this concept of Selenium means.

Selenium represents a set of tools and libraries that automate web browser actions. Simply put, Selenium provides tools that can interact with a browser and can automate a browser’s actions like click, select, navigate, input, etc. with the usage of scripts. Once you master Selenium, you have the power to manipulate and automate web browsers that act as a portal to access the internet for most internet users, if not all. That level of power comes with numerous opportunities to learn and test new things out with Selenium.

It is quite easy to learn Selenium and apply it into practical situations. Selenium is compatible with most of the programming languages in the coding industry. Therefore, all you need to do is download the Selenium libraries from their official website (www.seleniumhq.org/) into any of your preferred programming languages and using these libraries, you will proceed to create your test scripts. The next time you wish to automate a web page, all you need to do is call your test scripts and they will help you automate that particular web page.

Selenium is not just a tool but it constitutes an entire library of tools to help automate web pages. Coders and developers will encourage you to learn Selenium as it is a free and open sourced program that gives you access to a wide variety of ways to control and modify your browser experience. It is also the most widely used open sourced solution for testing automation of web applications and software. Some of the features of Selenium are as follows:

Before moving on to learn Selenium using different programming languages, we must first understand the 4 major components of Selenium, which are as follows:

After having looked at what Selenium is and what it has to offer let us learn how to use Selenium using Python and Java programming languages.

Why use Python for Selenium, you ask? Python is also an open sourced language that is blessed with a large community of programmers and developers. It is a high-level language that closely resembles the spoken English language. Python also has many built-in testing frameworks that cover debugging and fast workflows. Tools like Selenium and Splinter make automation testing easier in Python. Python is also known to boost the automation tasks and is hence, recommended for Selenium.

Firstly, to import the Selenium Web Driver to Python, you need to type the following in your code:

We can dive further into the usage of Selenium in Python in future articles as it is easy to learn Selenium by understanding one concept at a time.

There are 3 primary reasons as to why Java is preferred in terms of using Selenium; they are as follows:

Similar to that of Python, to integrate Selenium into Java, you first need to write the test cases in Java, then request the Selenium Web Driver to test your script on the desired Web browser application. After installing the necessary programs and web drivers from the Java and Selenium official websites, we can begin integrating Selenium into Java language’s code by opening a Selenium workspace in your compiler. We will need to dive much, much deeper into each of these topics to properly understand how to test a sample automation using either Python or Java, which we will in future article. For a beginner, this article has everything you need and more to know how to learn Selenium and understand how it functions, what it has to offer and how you can make Selenium work for you.